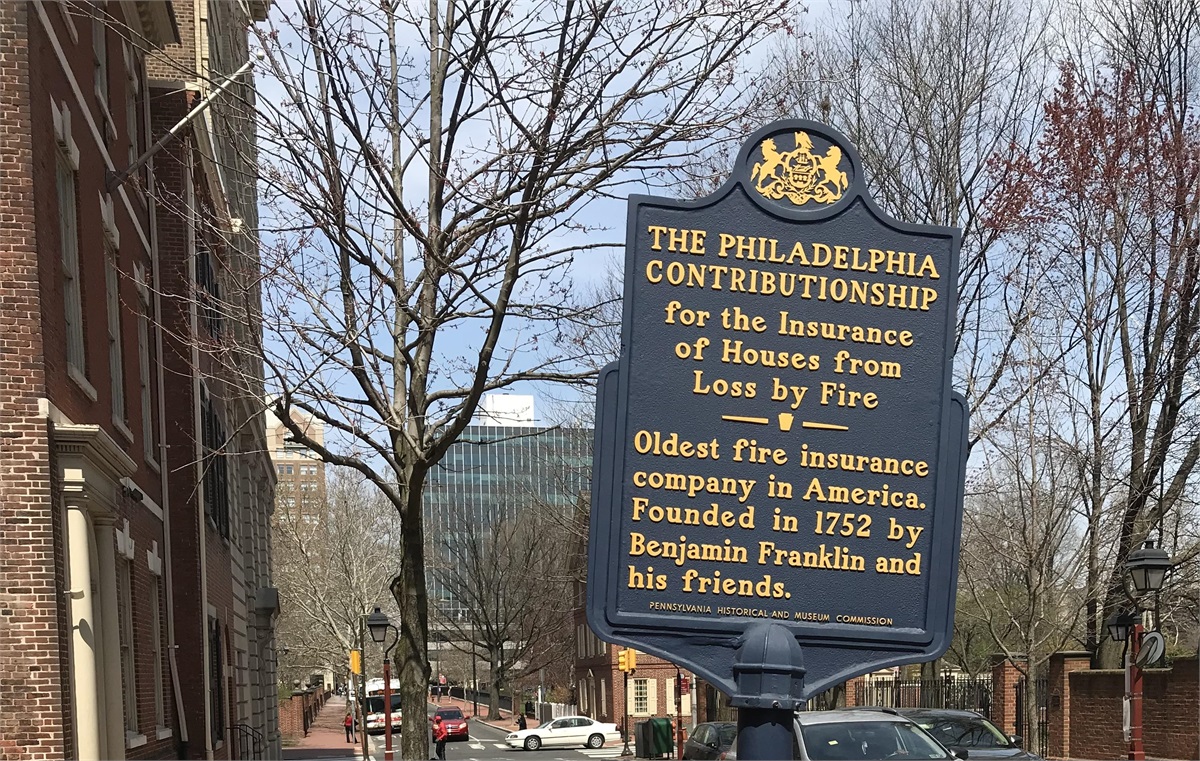 I was in Philadelphia recently for a family event.  We walked through a historic part of town on our way from Jim's Steaks to the Liberty Bell.  There was a sign next to an old building that caught my attention, "THE PHILADELPHIA CONTRIBUTIONSHIP for the insurance of houses from loss by fire. . . founded in 1752 by Benjamin Franklin and his friends."

This may have been one of Franklin's lesser-known contributions to American society.  The "" is still a going concern, billing itself as the nation's oldest successful property insurance company.   Today, we think of insurance companies as behemoth organizations (which most are), but that obscures the basic concept of what insurance is.

A group of people get together and agree to share a common risk.  In colonial Philadelphia, the risk was around building fires.  By pooling the risk, we take a large, unknown cost and reduce it to a smaller, known cost.  Maybe you've seen golf tournaments where friends raise money for someone who needs help with medical expenses.  That's charity.  What if, instead, friends set aside money in a separate account before anyone got sick, and they agreed that the money would go to the first person who suffered a serious medical condition?  That's insurance.

A mutual insurance company (like the Contributionship was at its establishment) exists solely for the benefit of its members.  The company collects fees to pay for the cost of claims and other business expenses.  It splits any profits with the policyholders.  Mutual companies still exist today, and I'm sure Franklin would be proud.